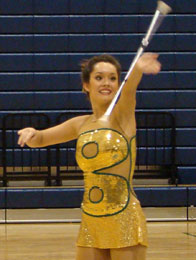 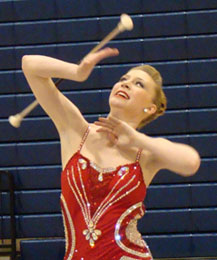 The Fifth U.S. Intercollegiate and National High School Baton Twirling Championships were supported by the Island Corps Auxiliary Performers + Texas A & M University – Corpus Christi and sponsored by the National Coalition for the Advancement of Baton Twirling (NCABT), which is working to establish baton twirling as a scholastic sport at the high school and collegiate level.

The athletes who took part in the competition perform for thousands of fans at high school and collegiate sporting events across the country.  They are both athletes and artists, demonstrating many of the same skills and qualities as competitive runners, gymnasts, dancers and figure skaters.  Those skills include endurance, speed, flexibility, lightning reflexes and excellent eye-hand coordination.